Disney Star Wars Land? The Force Is Strong With This Plan

Posted on March 22, 2013 by StevenTorresRamos 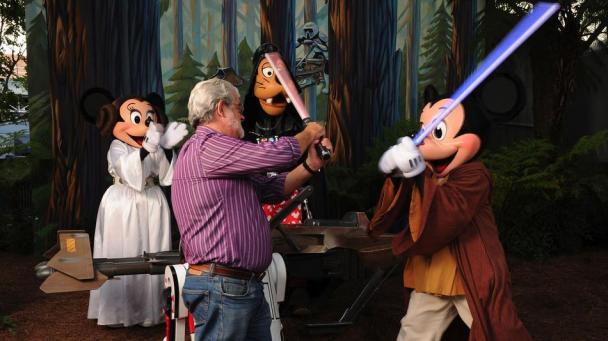 In the annals of no-brainers, the concept of an entire Disney theme park devoted to Star Wars ranks pretty highly. So much so that plans were underway even before the Mouse House pounced on Lucasfilm in October 2012.

Now it seems those plans are accelerating — and multiplying.

We already knew Disneyland Paris was set to get a Star Wars Land by 2015; the company’s Imagineers let that one slip back in April 2012. Star Tours in Orlando’s Disney World reopened that same month; bigger, better, not so much about Endor, and with a large enough marketing campaign that you could mistake it for a separate theme park.

Star Tours in Disneyland Tokyo (the only park not under Disney’s direct control) is getting its own retrofit right now, and reopening to a Star Wars-mad Japanese public in May 2013. Right around that time — the thirty-sixth anniversary of the original movie arriving in theaters — Disney World itself will be transformed by a series of costume-filled “Star Wars Weekends,” a tradition that is now in its tenth consecutive year (and was held sporadically over six years before that.)

Now word comes from a forum of Disneyland fans that visitors are getting hit with a multi-question online survey that asks some revealing questions. Such as: “How interested [on a scale of one to 10] would you be in visiting a Star Wars-themed Land at the Disneyland Resort?”

via Disney Star Wars Land? The Force Is Strong With This Plan.