How Obama’s Power Plant Regulations Will Transform Our Electric Grid

Posted on June 2, 2014 by StevenTorresRamos 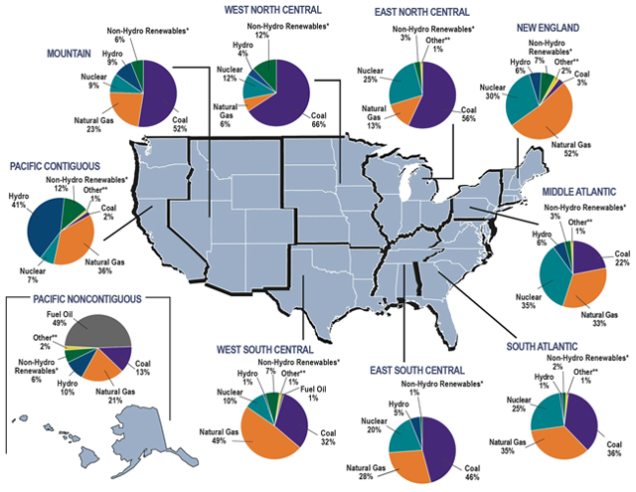 President Obama and the EPA have just taken their biggest and boldest step ever to fight climate change. The Clean Power Plan, unveiled by the EPA today, is far more important than the Keystone XL pipeline—if also far less sexy to slap on a poster. But these carbon-cutting regulations have the potential to transform energy in the U.S. and spur clean energy.

The gist of the Clean Power Plan can be summed up in a single sentence: cut carbon emission from U.S. power plants by 30 percent from 2005 levels by 2030. The draft proposal squarely takes aim at the country’s 600 or so coal-fired plants, which are the dirtiest way we generate power. To put it into perspective, coal-fired plants are responsible for 38 percent of all carbon emissions in the U.S., which amounts to 1.45 billion metric tons, or more than the total carbon emissions of Central and South America.

Moving away from coal, which generates over one-third of our energy, means potentially huge changes to our electricity infrastructure. But these changes are not meant to be drastic or draconian though the energy industry will certainly argue otherwise. The EPA’s draft proposal is by design flexible, allowing individual states to choose from a menu of options. The EPA doesn’t want coal-fired plants to shut down right away, as rolling blackouts would only mean backlash.

via How Obama’s Power Plant Regulations Will Transform Our Electric Grid.

https://steventorresramos.com/about-my-blog/
View all posts by StevenTorresRamos →
This entry was posted in Interesting, Politics. Bookmark the permalink.