Posted on May 5, 2015 by StevenTorresRamos 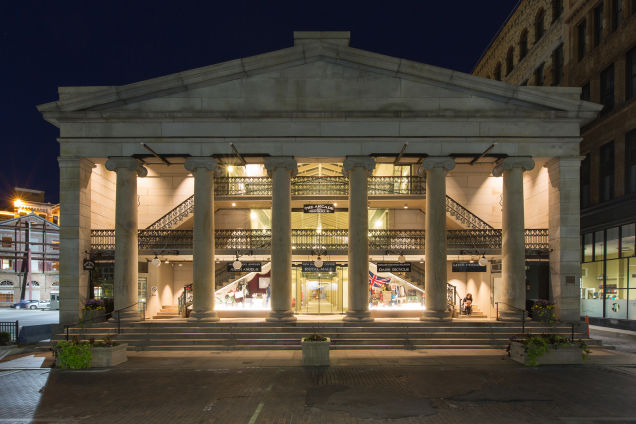 The average new US home is about 2,600 square feet. You’ll get less than ten percent of that in these micro-apartments, which at their smallest are just 225 feet and make an art of fitting a life into a very sweet-looking closet.

Core77’s Rain Noe brings us a video of the “micro-lofts” at the Arcade Microlofts in Providence, Rhode Island. The Arcade played a huge role in the history of shopping in America—even though not many people know it outside of the city. The “mall” was built in the 1820s, when the idea of a series of shops inside the same enclosed space was a total novelty. Rather than a main street lined with independent stores, the Arcade offered something else. Here, shopping was entertainment, not a chore—sheltered from weather, pollution, and the outside world.

Even the building was luxurious, with lovely wrought iron balconies and a hulking neoclassical facade. GLAMOUR!

via What It’s Like To Live In a Tiny Apartment Inside America’s Oldest Mall.

https://steventorresramos.com/about-my-blog/
View all posts by StevenTorresRamos →
This entry was posted in History, Interesting. Bookmark the permalink.