Posted on July 6, 2015 by StevenTorresRamos 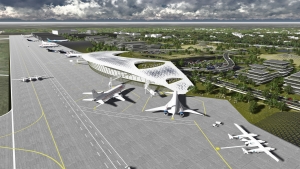 On June 30, 2015, the Federal Aviation Administration (FAA) announced that the City of Houston had been approved as home to the United States’ 10th licensed commercial spaceport. The Spaceport would be located at Ellington Airport, just south of the downtown area, and would offer the nation’s fourth-largest city a focal point for aerospace innovation – a regional center for a cluster of aerospace activities, including but not limited to:

With the Houston application already approved by the FAA’s Office of Commercial Space Transportation, the Houston Airport System (HAS) now turns its attention toward securing partnership opportunities with leading companies operating within the aerospace industry.