Tasmanian Devil Milk Could Be a Magic Bullet Against Superbugs

Posted on October 17, 2016 by StevenTorresRamos 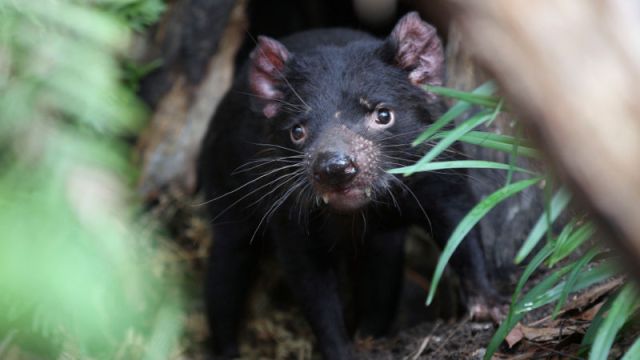 Researchers from Australia have discovered that chemical compounds found in the milk of Tasmanian devils are capable of killing some of the most deadly bacterial infections—a surprising finding that could introduce a new class of weapons in the war against superbugs.

Marsupials, unlike placental mammals, have to seek shelter in their mother’s pouches soon after birth. This cozy environment offers protection and a steady source of food for the premature joey, but it’s not the cleanest place in the world. What’s more, most marsupials emerge after just few weeks of gestation, so their immune systems are grossly underdeveloped. To protect their offspring from pathogens, and to help them grow, marsupial mothers are capable of producing milk with life-preserving compounds built right in.

Working under this assumption, and in an effort to discover new compounds capable of defeating antimicrobial resistant bacteria, a research team from The University of Sydney set about the task of analyzing the milk produced by a common marsupial, the Tasmanian devil. Their research shows that multiple peptides contained within the milk are capable of killing several known strains of drug-resistant bacteria.

Analysis of the devil’s genome revealed six naturally occurring antimicrobial peptides, which the researchers were able to synthesize in the lab. These peptides were then tested against some of the most harmful bacteria known to humans, including methicillin-resistant Staphylococcus aureus (a.k.a. golden staph) and Enterococci. “We showed that these devil peptides kill multi-drug resistant bacteria,” study co-author Emma Peel told The Sydney Morning Herald, “which is really cool.”

The devil’s milk contains antimicrobial compounds called cathelicidins. Humans have one of these natural antibiotics, but Tasmanian devils have six. Some marsupials have even more, including the wallaby’s eight and the opossum’s twelve. So in addition to searching for antibacterial substances in the soil, the bottom of the ocean, and even in our noses, we’d do well to consider our marsupial cousins as well.

Source: Tasmanian Devil Milk Could Be a Magic Bullet Against Superbugs

https://steventorresramos.com/about-my-blog/
View all posts by StevenTorresRamos →
This entry was posted in Awareness, Breaking News, Interesting. Bookmark the permalink.