Posted on July 18, 2013 by StevenTorresRamos 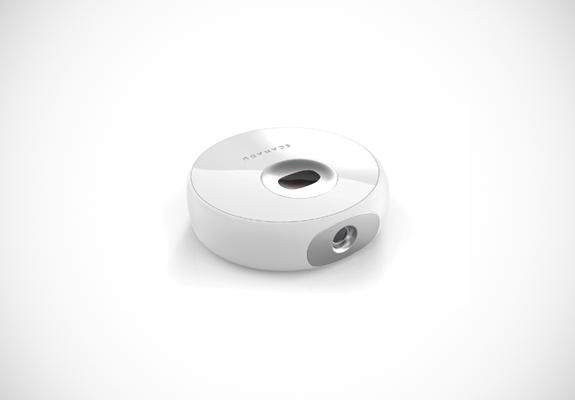 We did talk about the Scanadu Scout at the end of last year, but back then, it was more or less just a pipe dream. Well, fast forward to July this year and we bring you word that the Scanadu Scout will soon be able to usher in an era of Star Trek-like scenarios, where some might even call it a real-life tricorder. Coming in a sleek yet square form factor, the Scanadu Scout boasts of the ability to read your vitals in just 10 seconds, in addition to measuring heart rate, temperature, respiratory rate, blood pressure, ECG, and emotional stress. In order to use it, all you need to do is hold it to your forehead, and any relevant information will be sent over to your smartphone – regardless of whether it runs on iOS or Android, via Bluetooth connectivity.

The Scanadu Scout itself comprises of 106 unique components, where among them include an infrared thermometer, a trio of accelerometers, and a microphone. Both doctors and patients can use the same device, although the good doctor’s version of the app will feature far more detailed information. Just how accurate is the Scanadu Scout? It is touted to feature algorithms which are 95% accurate, so an accurate diagnosis of a person’s condition is pretty much there. The Scanadu Scout is currently taking pre-orders via Indiegogo for $199, with units tipped for a March 2014 release, and hopefully it will receive FDA approval by then.

https://steventorresramos.com/about-my-blog/
View all posts by StevenTorresRamos →
This entry was posted in Interesting, Science, Tech. Bookmark the permalink.