Posted on August 14, 2013 by StevenTorresRamos 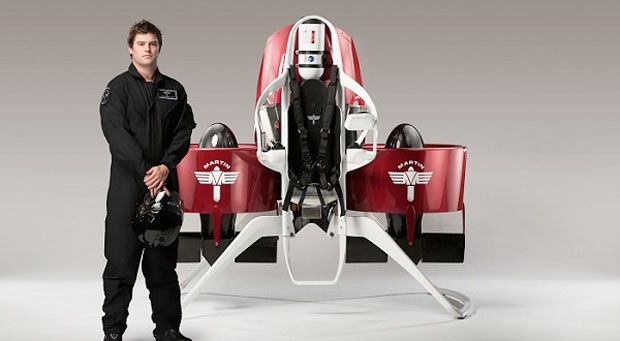 Every morning, we wake up knowing that the writers of the ’60s, who promised us pill-sized meals and flying cars by the year 2000, had lied to us. But now, a New Zealand-based avionics company has been granted permission to start manned test-flights on the ultimate piece of retro-futurism: the jetpack. The Martin Jetpack, which successfully carried a dummy 5,000 feet above sea level in 2011, has been given a test license by New Zealand’s Civil Aviation Authority — and inventor Glenn Martin is hopeful that a military version of the device will be ready next year. After that, the ambitious engineer plans to release a general-purpose edition in 2015 and although the price has skyrocketed from $86,000 to around the $200,000 mark, we’d probably pay double that amount just to re-enact that moment from Thunderball.

https://steventorresramos.com/about-my-blog/
View all posts by StevenTorresRamos →
This entry was posted in Interesting, Science, Tech. Bookmark the permalink.