When to Buy Your Plane Ticket, Based on Data from Four Million Trips

Posted on March 5, 2014 by StevenTorresRamos 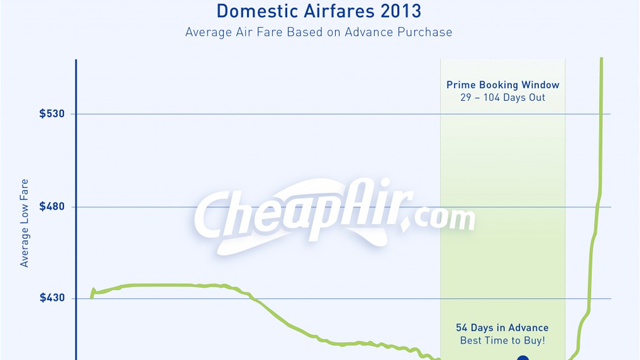 When you’re booking a flight, you don’t want to buy too far in advance—and be the guy who lost out on a price drop; nor do you want to book too late—and pay hundreds more for the convenience. When’s the best time to buy? CheapAir crunched the numbers from over four million tickets bought last year to offer some advice.

Those four million tickets add up to a database of 1.3 billion air fares. What they found, at least for domestic airfares, is there’s a “prime booking window” of between 29 and 104 days in advance when the average fare is at its lowest (so, roughly a month to three months before the flight). Taken altogether, 54 days in advance is the best time to buy, based on this data. READ MORE AFTER LINK…

via When to Buy Your Plane Ticket, Based on Data from Four Million Trips.

https://steventorresramos.com/about-my-blog/
View all posts by StevenTorresRamos →
This entry was posted in HowTo, Interesting, tips. Bookmark the permalink.