Why Can’t Hollywood Get Computers Right?

Posted on March 18, 2014 by StevenTorresRamos 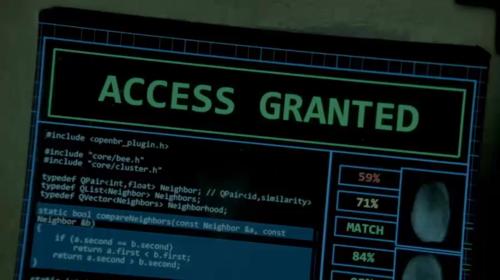 I’m glad Her won the Academy Award for Best Original Screenplay. The story’s good, the acting’s good and, above all, the technology story makes sense.

You might think that’s a little odd, considering that Her is the story of a guy who falls in love with a Siri-like operating system on his phone.

This futuristic OS is so sophisticated that you can’t tell it’s not a real person. She sounds like Scarlett Johansson, in fact.

That’s a big technological leap. But given that this movie is set in the “slight future” (as director Spike Jonze says), it’s not an implausible, silly leap. Especially because all the other technologies in the movie are brilliantly plausible.

In Her, we’ve finally standardized on a wearable technology. Not glasses, not watches — it’s an earpiece. It’s always online, it understands speech, and it doesn’t require taking your eyes off the road.

via Why Can’t Hollywood Get Computers Right?.

https://steventorresramos.com/about-my-blog/
View all posts by StevenTorresRamos →
This entry was posted in HowTo, Humor, Interesting, Tech. Bookmark the permalink.