Posted on April 16, 2014 by StevenTorresRamos 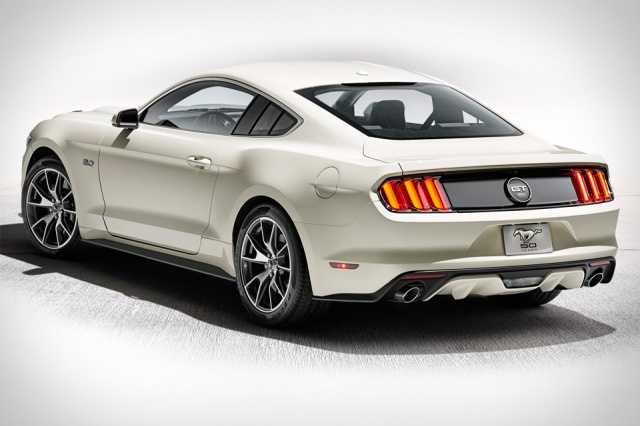 Mustangs have stood for generations as the quintessential American everyman’s sports car — affordable enough for just about everyone, and powerful enough to make it worth your while. The 2015 Ford Mustang 50th Anniversary Edition celebrates that legacy as a run limited to just 1,964 vehicles modeled after the 2015 Mustang GT with the Performance Pack. If you’re lucky enough to get your hands on one, you can choose between Kona Blue or Wimbledon White, and either a six-speed automatic or manual transmission. Both come with a naturally-aspirated five-liter V8 with 420 horsepower and 390 pound-feet of torque. The special edition gets you an interior with leather and cashmere details, two-tone leather and black upholstery, and a special logo so everyone knows exactly what you’re driving.

https://steventorresramos.com/about-my-blog/
View all posts by StevenTorresRamos →
This entry was posted in Interesting, Like. Bookmark the permalink.