Scam Alert: Watch Out for This Fake $4 Android Virus App

Posted on April 17, 2014 by StevenTorresRamos 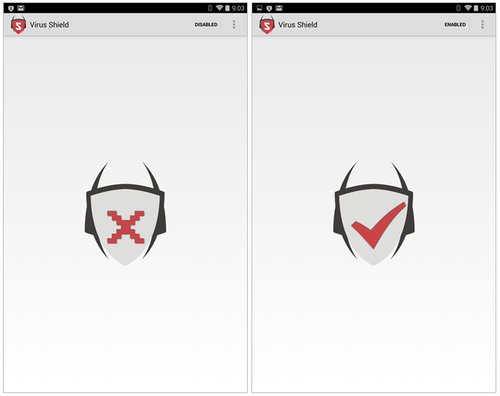 UPDATE: Google has seemingly picked up on Virus Shield’s fraudulent claims and has removed it from the Play store. If you’ve already purchased this app, the best advice we can give is to uninstall it now. We have reached out to Google for comment but have no information yet on whether refunds will be issued to the many people who purchased the app.

Watch out for this fake “virus scanning” app in the Google Play store. It’s called Virus Shield, and according to Android news site Android Police, it’ll cost you four bucks but won’t perform any real virus scanning at all.

As BGR has noted before, there are definite downsides to Google’s policy of allowing all apps onto the Google Play store and removing them only after users flag them as malicious. The flaws in this approach were once again on display this past weekend when Android Police revealed that Android security app Virus Shield, which had just hit the No. 1 spot on Google’s new paid apps chart, was a complete scam.

via Scam Alert: Watch Out for This Fake $4 Android Virus App.

https://steventorresramos.com/about-my-blog/
View all posts by StevenTorresRamos →
This entry was posted in Android, Hacking, HowTo, Interesting, Virus/Malware. Bookmark the permalink.