Obama’s Community-Broadband Plan: 4 Ways to Understand His State of the Union Pitch

Posted on January 20, 2015 by StevenTorresRamos 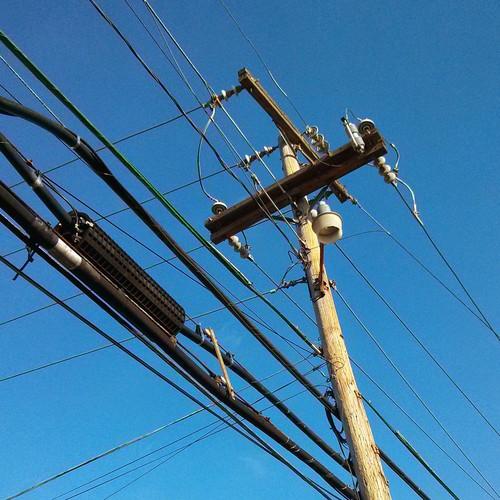 You’re going to hear words in tonight’s State of the Union address about “community broadband,” Internet connections built by cities or counties for their citizens.

After the State of the Union, if you stay tuned in to the news, you will then hear more than a few arguments against President Obama’s sales pitch. For example, you may hear that collective ownership of the means of watching cat videos is a taxpayer-funded boondoggle.

And, yes, at its worst, taxpayer-funded or municipal broadband can be just that. But it can also by a sane way for a community to respond to being left with only one broadband provider. Here are four things to realize about community broadband.

1. We Don’t Have Enough Broadband Choices

Last week’s White House white paper on community broadband gets to the point quickly: “Nearly forty percent of American households either cannot purchase a fixed 10 Mbps connection […] or they must buy it from a single provider,” it says. “And three out of four Americans do not have a choice between providers for Internet at 25 Mbps.”

Across much of the U.S., that one high-speed provider is the cable company. The “competing” phone-based DSL connections run far slower. Verizon’s FIOS fiber-optic service is great (it’s my home service — I love it), but the company quit bringing that to new markets in 2010.

DSL doesn’t have to be terrible, but recent speed boosts like “VDSL”have seen much more adoption overseas than in the U.S. One of the largest DSL providers, Verizon, also decided in 2010 to forgo major DSL upgrades and hasn’t changed its mind since, spokesman Harry Mitchell said.

Faced with that situation, if a city or county can build its own fast broadband for its taxpayers, why shouldn’t it?

2. Muni Broadband Is No Sure Thing
The community networks President Obama touted in a speech last Wednesday in Cedar Falls, Iowa, have met much of their promise. In that city, as well as in Chattanooga, Tenn., Wilson, N.C., Lafayatte, La., and elsewhere, municipal broadband has brought ultra-fast downloads at terrific rates — for instance, 100 megabits per second for $58 a month in Chattanooga.

And incumbent telecom firms have responded to competition from City Hall by improving services and lowering costs.

Municipalities that own an electric utility do seem well-positioned to offer broadband as well: Having a grid of overhead wires and underground conduits greatly eases the process of getting broadband to people’s homes.

But publicly owned broadband can also fail.  Some jurisdictions worked with the wrong company; perhaps the single most gullible thing I’ve written was a look at municipal Wi-Fi networks in 2007 that praised EarthLink’s pioneering role only months before that dial-up-centric company ditched the effort.

More recently, Provo, Utah, paid Google $1.7 million to take its fiber network off its hands after its partner ISP didn’t get enough customers — perhaps because residents had to pay $700 for installation. In Burlington, Vt., a botched fiber-broadband initiative torched the city’s credit rating.

3. It’s About Competition, Not Speed
The president’s broadband banter emphasizes the lure of gigabit fiber — the billion-bits-per-second connections on tap in a few touted cities. But a gigabit per second is often overkill, as I learned when looking at Sonic’s groundbreaking service. A tenth of that speed suffices to make much of the Internet seem instantaneous; it’s even enough for 4K ultra-high-def streaming.

Put another way, I’d rather have 10 providers offer 100 Mbps service than one providing 1 Gbps. And, ideally, municipal broadband would allow that: Your town would build the infrastructure and then wholesale that capacity to other Internet providers.

That’s how it has worked elsewhere in the world (see Ars Technica’s breakdown of one “open access” project in Amsterdam) but many muni-broadband projects in the U.S. don’t offer a choice of Internet services. One longtime advocate blamed that on how local governments pay for them by selling bonds to investors who then must be repaid on time.

“It is extremely difficult to fund the network infrastructure with just the revenues after splitting them with ISPs,” said Christopher Mitchell, director of community broadband at the Institute for Local Self-Reliance. “If local governments actually used taxpayer dollars to build open access networks, it would be comparatively easy.”

4. It’s Foolish to Ban Cities From Trying
The most compelling part of the White House’s newfound community-broadband advocacy could be the hardest to implement: Having the FCC overturn the outright bans and lesser obstacles thrown up against municipal networks in 19 states — much of the time, in response to extensive statehouse lobbying by Big Telecom.

(The fierce opposition to community broadband may be the surest signal that it can work.)

But it’s not so clear that the FCC has the legal authority to do that. This isn’t an issue like writing net-neutrality rules for Internet providers, in which the commission proposes to exercise authority Congress gave it long ago.

Rather, court precedent may put a stop to White House and the FCC’s hopes. Berin Szoka, head of the libertarian-minded group TechFreedom, said that’s a certainty, and Free Press policy director Matt Wood (who agrees with Szoka on little else) has worried that may happen.

Cities hoping to build the banned broadband may be stuck waiting for a court opinion to download their way — on a connection that’s too slow and costs too much.Obama’s Community-Broadband Plan: 4 Ways to Understand His State of the Union Pitch.

https://steventorresramos.com/about-my-blog/
View all posts by StevenTorresRamos →
This entry was posted in Interesting, News, Opinion, Politics, Tech. Bookmark the permalink.