Think Your Smartphone Can’t Be a Satellite? – iQ by Intel

Posted on March 12, 2015 by StevenTorresRamos 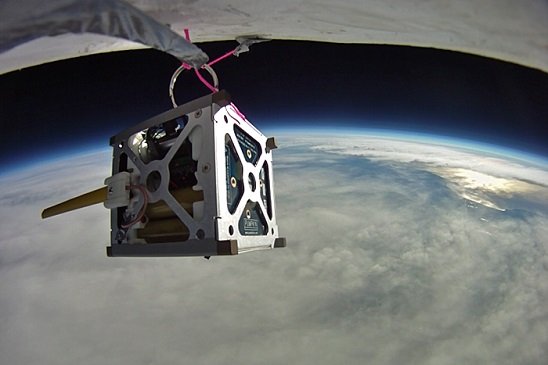 NASA turns your mobile phone into a satellite by sending it into outer space.

When President Kennedy issued the moon mandate in 1961 and ignited the space race between the Soviet Union and the United States, NASA received mounting pressure to innovate comprehensively and quickly. The research and development NASA put to use in launching a vessel at escape velocity speeds yielded some of the most pivotal technology of the 20th century — everything from microwave ovens to Velcro, as the saying goes.

NASA’s latest satellite program makes use of both the latest innovations and antiquated technology dating back to WWII.

Enter PhoneSat, a nanosatellite powered by the Android mobile operating system and the mobile phone’s native camera. That’s to say, the components of a smartphone you bought off the shelf and carry around in your pocket every day are the same as those used by an innovative new space project.

via Think Your Smartphone Can’t Be a Satellite? – iQ by Intel.

https://steventorresramos.com/about-my-blog/
View all posts by StevenTorresRamos →
This entry was posted in Android, Interesting. Bookmark the permalink.