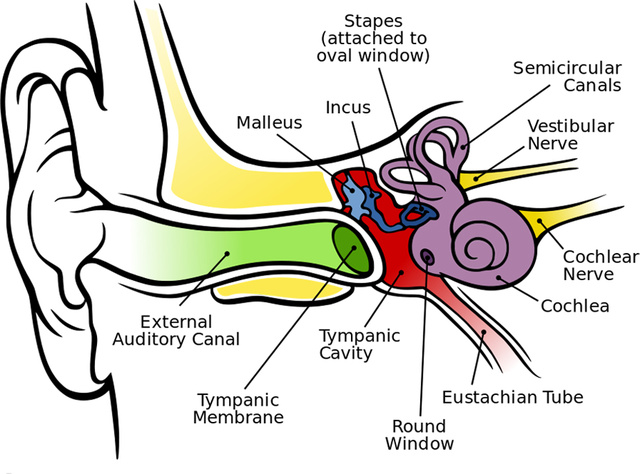 Flying sick was a bad choice. Your congested ears refuse to pop and now you’re stuck on a cross-country flight, cruising at 30,000 feet of ear-splitting agony. Here’s how to fix it.

The surface of the Earth is covered in a thick atmospheric soup. Though only a fraction of the density of our oceans, the atmosphere behaves much the same way. Just as water pressure increases the deeper you go, air pressure increases the closer you get to sea level. In both cases, that’s because as you go deeper, you’ve got more and more air/water above pushing down on you.

We’ve evolved to be able to shrug off the weight of the atmosphere and our ability to hear actually requires it. See, sound waves are transmitted from the outer ear to the inner ear through the eardrum. This thin vibrating membrane acts as a barrier to liquids but allows atmospheric reverberations to pass through, however this requires that the air pressure on both sides of the eardrum be roughly equal.

via Why Your Ears Pop (And What to Do If They Don’t).