Watch the planets dance in a triple conjunction – Crave 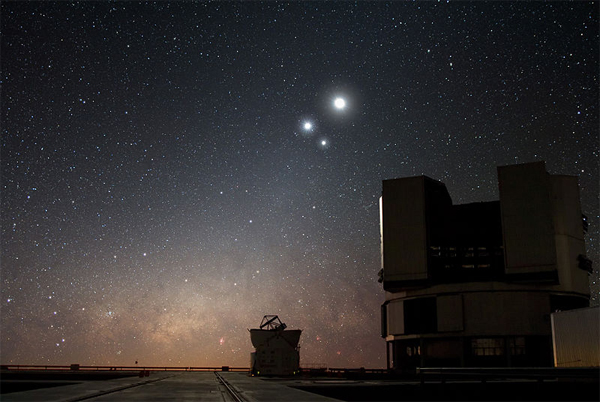 In just a few days, Jupiter, Mercury and Venus will come together in the night sky in what is known as the “Dance of the Planets”.

Triple planetary conjunctions are relatively rare in the night sky, but astronomers are about to be in for a real treat. The three brightest planets in our solar system as seen from Earth — Jupiter, Mercury and Venus — will be coming together in the sky, “dancing” around each other over the course of several nights, starting 24 May.

If we’re lucky, we see a triple conjunction once every two years or so. The most recent was in May 2011; the next won’t be until October 2015.

According to the Sydney Observatory, the best time to watch is at twilight, when the planets will appear in thenorth west west (PDF).Because the planets in this conjunction are so bright, the dance will be visible to the naked eye, even in densely populated areas — although, if you have access to a telescope or binoculars, so much the better.

The planets will be at their closest, with Jupiter and Venus just 1 degree apart, on 28 and 29 May. All three planets will form a straight line on 31 May as they gradually move apart from each other.

via Watch the planets dance in a triple conjunction – Crave.