Posted on July 25, 2013 by StevenTorresRamos 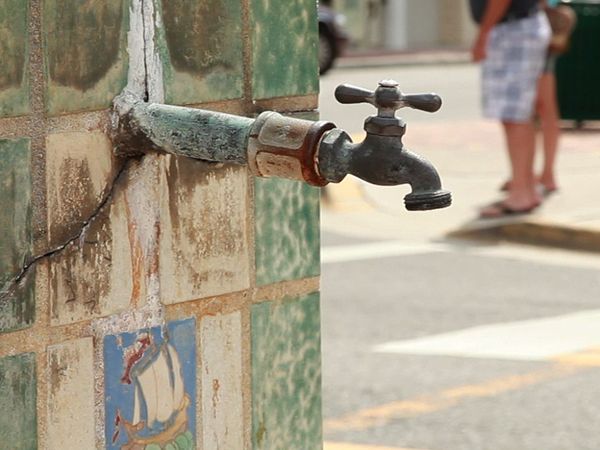 Five hundred years ago in June, the Spanish conquistador Juan Ponce de Leon started his journey back to Puerto Rico from Florida after becoming the first European to land on mainland America. After exploring the east coast of Florida, he circled the peninsula and explored the west coast, including modern-day Charlotte Harbor (see map), most likely the location he chose for his second voyage.

According to legend, the explorer set out in search of the fountain of youth, a fabled stream that would extend the life of anyone lucky enough to drink from it.

Thanks to the myth of Ponce de Leon’s trip, Florida—known for its large population of retirees—is now awash in “fountains of youth.” Dozens of bodies of water claim the title of the one legendary fountain, from mineral springs to deep-water wells, not to mention water from a variety of sources that is piped into various built structures.

Only one, however, is known to be radioactive. And, oddly, it might be actually extending life.

In Punta Gorda, a town on Charlotte Harbor, a blocky, green-tiled fountain abuts an empty lot near the harbor. A spigot juts out near the top to release water from the artesian well below. Each of the four sides features a picture of a ship, a tribute to Ponce de Leon.

On the side facing away from the street, a public health notice warns that the water “exceeds the maximum contaminant level for radioactivity.”

The water from the well is also heavy in sulfates, which give it a distinctive smell of rotten eggs. This hasn’t stopped the locals from drinking from it regularly.

“I drank out of that well every day,” said Gussie Baker, a resident of Punta Gorda for all of her 78 years.

Baker used to live down the road from the Hotel Punta Gorda, whose guests would frolic in a pool filled with water from the same aquifer. Baker learned to swim in the pool and passed the fountain on her way to school.

“I love artesian water,” she said. Baker doesn’t live as close to the fountain anymore, but says she would drink it if she were nearby.

Punta Gordians proudly declared the existence of a rejuvenative fountain as far back as 1894. In 1926, they mounted a collection drive to pay for the stout little structure that stands to this day. At the height of its popularity, in the mid-20th century, the handle on the tap had to be replaced every six months.

via Florida’s Radioactive Fountain of Youth May Prolong Life.