Dubai Plans to Start Drone Deliveries Within the Year

Posted on February 23, 2014 by StevenTorresRamos 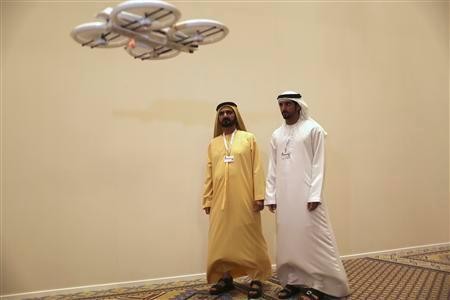 The United Arab Emirates government is in the process of testing a fleet of small, unpiloted flying drones designed to get official documents and packages like driver’s licenses, ID cards and permits into the hands of citizens.

According to a Reuters report, the plan is aimed at “upgrad[ing] government services,” although technological showmanship seems to be a motivator here as well. The world’s tallest building, the Burj Khalifa, is in the UAE.

via Dubai Plans to Start Drone Deliveries Within the Year.