Some People Think Mountain Lion Is Steve Jobs—Wait, WHAT?

Posted on July 25, 2012 by StevenTorresRamos

The current rumor now ramping through the internet is so dumb, so painfully stupid that Steve Jobs must be rolling in his grave: apparently, tons of irreversible imbeciles in Facebook and Twitter are saying that Apple’s Mountain Lion image is based on the Jobs’ biography cover picture, as an homage to Apple’s former leader.

Yes, folks, actual humans are saying that Apple created or modified a mountain lion photo to make it “look” like Steve Jobs in forums and social networks. It’s not a joke.

Forget about the fact that, unless you are deluded fanboy conspiracy theorist in serious need of mental help, the mountain lion is just an animal and it doesn’t look like Steve Jobs at all. This is so impossibly idiotic as seeing images of Jesus Christ in Cheetos. So deeply dumb that it’s not letting me think straight except to say this: please fanbozos, stop embarrassing everyone with your imbecility. 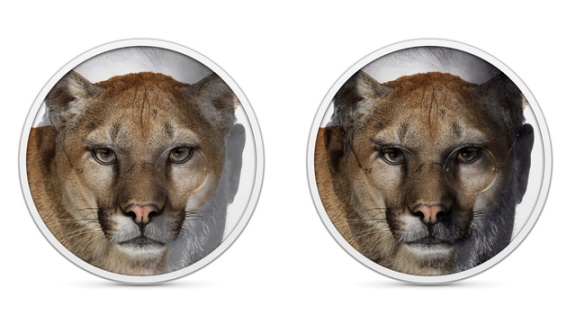 via Some People Think Mountain Lion Is Steve Jobs—Wait, WHAT?.

https://steventorresramos.com/about-my-blog/
View all posts by StevenTorresRamos →
This entry was posted in Apple, Hacking, Humor, Interesting, Rumor. Bookmark the permalink.