Posted on July 27, 2012 by StevenTorresRamos 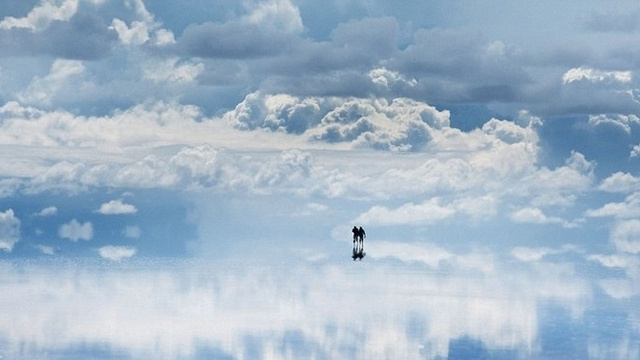 This is the Salar de Uyuni, the largest salt flatland in the world at 4,086 square miles 10,582 kilometers. Every year, this amazing wonderland in southwest Bolivia covers with a thin layer of water. When that happens, it turns into the largest mirror on the planet, as these photos recently taken by Takaki Watanabe show.The resulting landscape is absolutely surreal, out of a Salvador Dalí painting. I want to go there—¡pronto!The salar is formed by several preshistoric lakes, which started to transform 30,000 to 42,000 years ago. Covered by several feet of salt, the Salar de Uyuni stays dry most of the year except a few days, when it rains and turns into this wonder.And while it looks like it must be hell on Earth, its not hot at all: its temperatures range from a low 55 degrees Fahrenheit 13º C to 70º F 21º F.But the most surreal part is the fact that is a major breeding ground for pink flamingos. Can you imagine a flock of thousands of flamingos flying over this perfect mirror? I want to see that one day.

more pics via The Largest Mirror In the World Is Also One of the Most Beautiful Places on Earth.