All the American Flags On the Moon Are Now White

Posted on July 31, 2012 by StevenTorresRamos 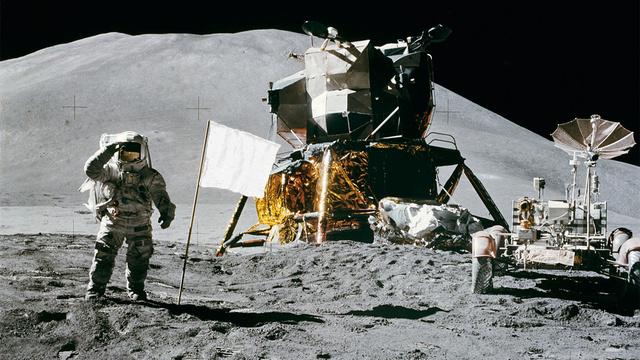 NASA has finally answered a long-standing question: all but one of the six American flags on the Moon are still standing up. Everyone is now proudly talking about it. The only problem is that they aren’t American flags anymore.

They are all white.

The debate on the Moon flags has been going on for decades. Engineers and historians have been discussing it without ever coming to a definitive answer as to their status. Even Dennis Lacarruba—the manufacturer of the flags—didn’t think they would still be standing erect. Lacarruba’s New Jersey company, Annin, made the nylon flags for $5.50 ($33 in 2012 dollars) a piece in 1969:

via All the American Flags On the Moon Are Now White.