iOS 6s New Wi-Fi Plus Cellular Will Keep You Connected

Posted on August 9, 2012 by StevenTorresRamos 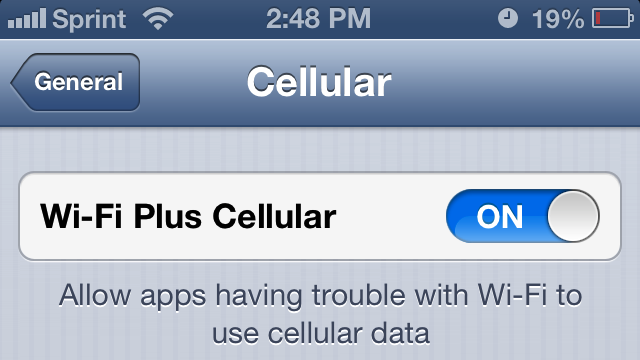 (Believe it or not this is a big deal)

If you have an iPhone, hopping on a wi-fi network is good is you want to connect to an AirPlay device, or wi-fi based storage device, or save some battery. But if the actually internet connection is really crappy or non-existent, that means youre essentially cut off from the world unless youre trying to talk. But a new feature discovered by Apple Insider in the latest iOS 6 beta fixes that.Buried deep in the settings menu Settings > General > Cellular is a new option called “Wi-Fi Plus Cellular” thats turned on by default. It will probably be useful when connected to a public hotspot thats under major stress. And while not a major thing, its a much-needed addition that increases the functionality of the phone. [AppleInsidervia The Verge]

via iOS 6s New Wi-Fi Plus Cellular Will Keep You Connected.