Posted on September 12, 2012 by StevenTorresRamos 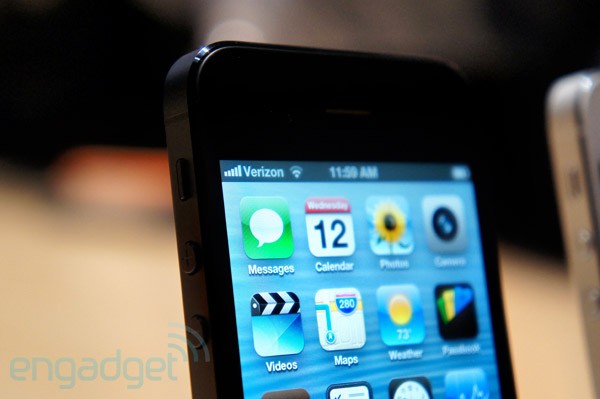 At long last, the iPhone 5. We just got our hands on Apple’s latest smartphone following its unveiling in San Francisco, and suffice it to say, it’s a beautiful thing. Some might say we’ve been waiting for this moment since October 4th of last year, but another crowd may say that the real next-gen iPhone has been on the burner for much longer. Indeed, this is the first iPhone since June of 2010 to showcase an entirely new design, but it’s obvious that Apple’s not going to deviate far when it comes to aesthetics.

Apple followers will aptly recall Steve Jobs’ quote in July of 2010 — you know, that one about “no one” wanting a big phone, with current CEO Tim Cook seated just feet from Steve as the phrase was uttered. Now, however, Apple’s inching ever closer to that very realm, with an elongated 4-inch display that enables new apps to take advantage of more pixels (1136 x 640), while legacy apps can still operate within a familiar space. The phone itself doesn’t feel too much different than the iPhone 4 and 4S; yes, it’s a bit taller, but by keeping the width the same, you’ll utilize a very familiar grasp to hold it.

https://steventorresramos.com/about-my-blog/
View all posts by StevenTorresRamos →
This entry was posted in Apple, Breaking News, iOS. Bookmark the permalink.